No software update this time, but a small announcement update.

I'm currently working on adding visual novel support within the Fable Maker engine. I am hoping to use the exact same story editor for visual novels. You'll be able to switch between displaying your story as a VN or as a Text Adventure with the flip of a switch.  There may be VN specific functions added though,  to support some VN features that would not be present in a normal text adventure story.

Luckily, because of how I've coded Fable Maker, most of the code i've used for the text adventure stories will work for the visual novel stories. I just have to adapt some of the code and add more visual novel specific features. My main hurdle will be figuring out how to allow users to show images of characters in the VN stories. As I'm sure people would like to place images in more positions than right in the center of the screen. I have a few ideas for how I'll support character images, but nothing is finalised yet.

I would also like to support gifs or some form of moving images for backgrounds and characters, but I may be limited by what the Godot Engine supports currently. I do have some plans to liven up static backgrounds, but we'll see if that happens within the next update.

Anyway, I thought I'd make a short update as I'm not sure how long it will take for me to implement this feature. So far it is going pretty well though, so let's hope it stays that way.

Thank you for using Fable Maker! 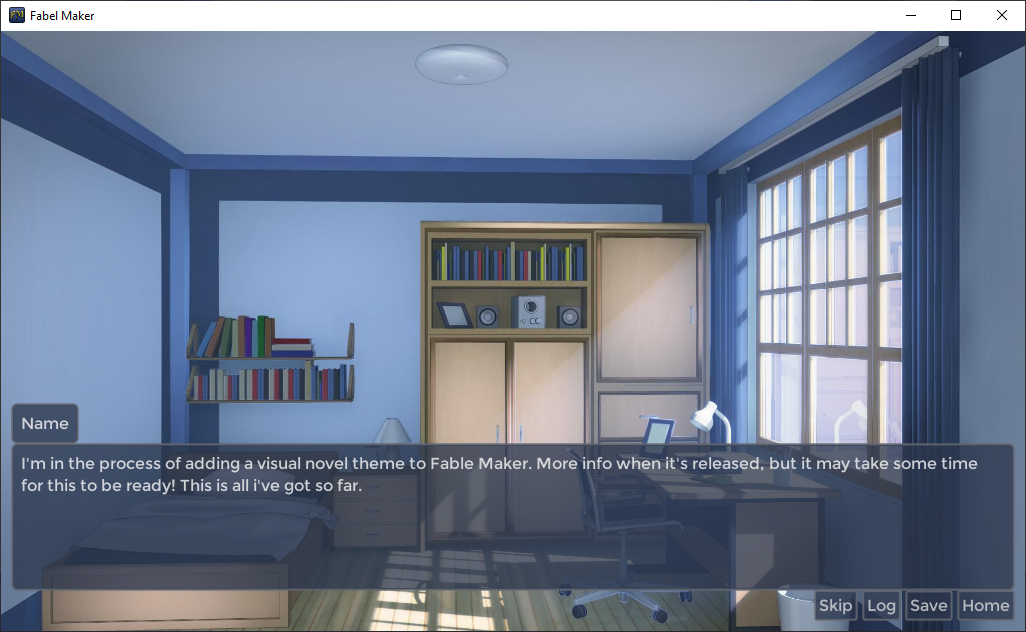 Create your own branching narratives and play them too!